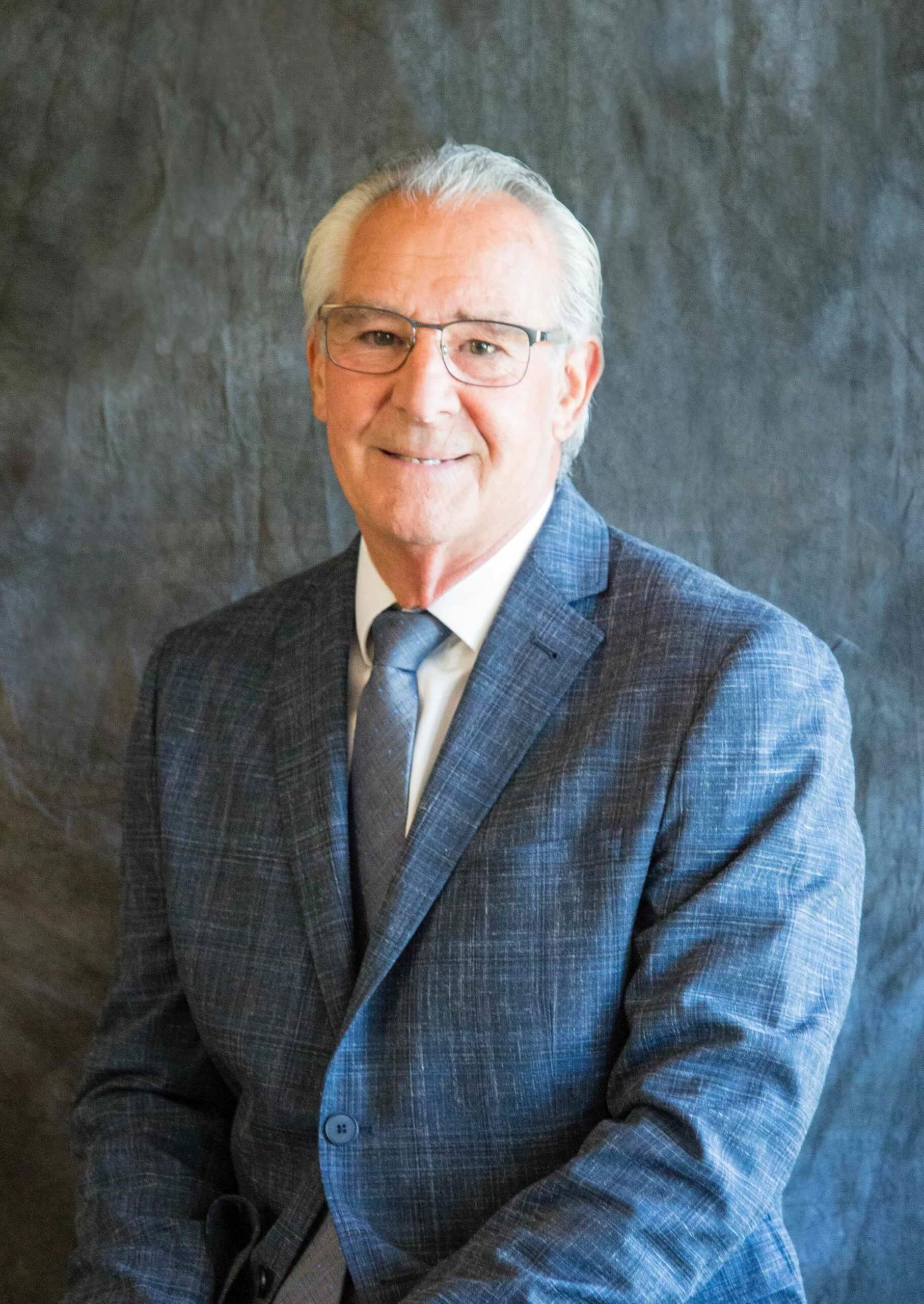 Bob joined the T&C Board in 2014, becoming the Chair in 2020 and is the current Chair of Axiom Mutual. Bob started his career in insurance as an Independent Adjuster

Bob is a Past Grand Knight of the Knights of Columbus where he has been a member for over 20 years doing community charity work through his church.

He is totally committed to Mutuality and very proud to be a Director working with such a talented Board, as well as a progressive minded management team and staff at Axiom Mutual.

Although a challenging market place, he is confident of Axiom’s continued growth and success in the communities it is proud to serve. 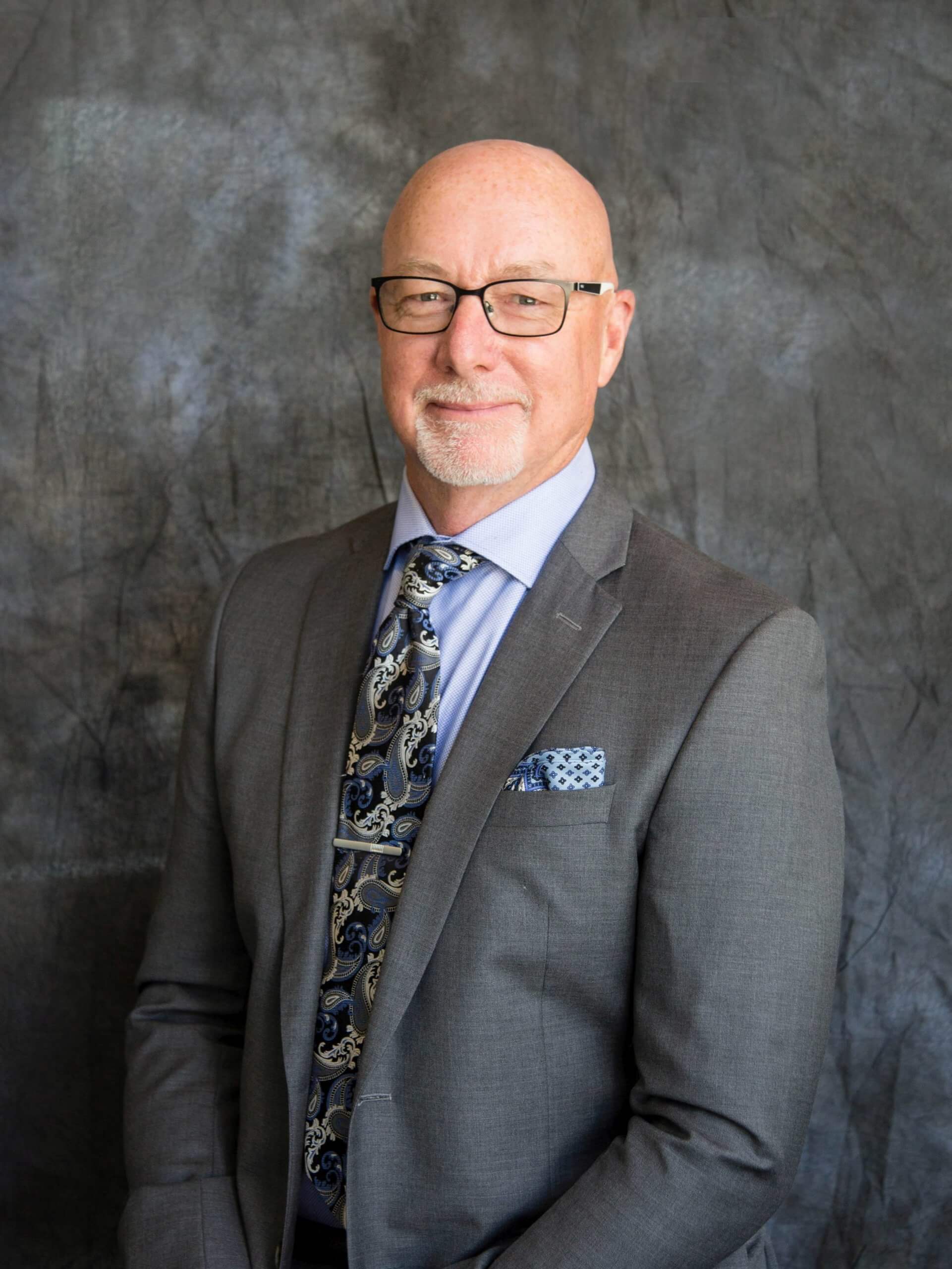 David was first elected to Town & Country Mutual in March of 2007.  He was farm raised in the Lucan area and has a college diploma in Agricultural Business Management. Currently, he is President at Latta Incorporated, now a 3rd generation egg transportation business serving South-western Ontario egg farmers and processors since 1954.  He is also co-owner/administrator for Redstone Ridge, a rental property in the Haliburton Highlands.

Dave is life-long Platelet and Plasma donor with Canadian Blood Services and serves in several leadership roles at First Lobo Baptist Church, where he has been treasurer for nearly 30 years.

He enjoys singing, travelling, downhill and slalom water skiing, as well as time with family and friends for all things ‘cottage life’ related.  Dave can often be found gardening and landscaping.

He looks forward to working with his fellow colleagues towards a bright future for Axiom Mutual and serving its members. 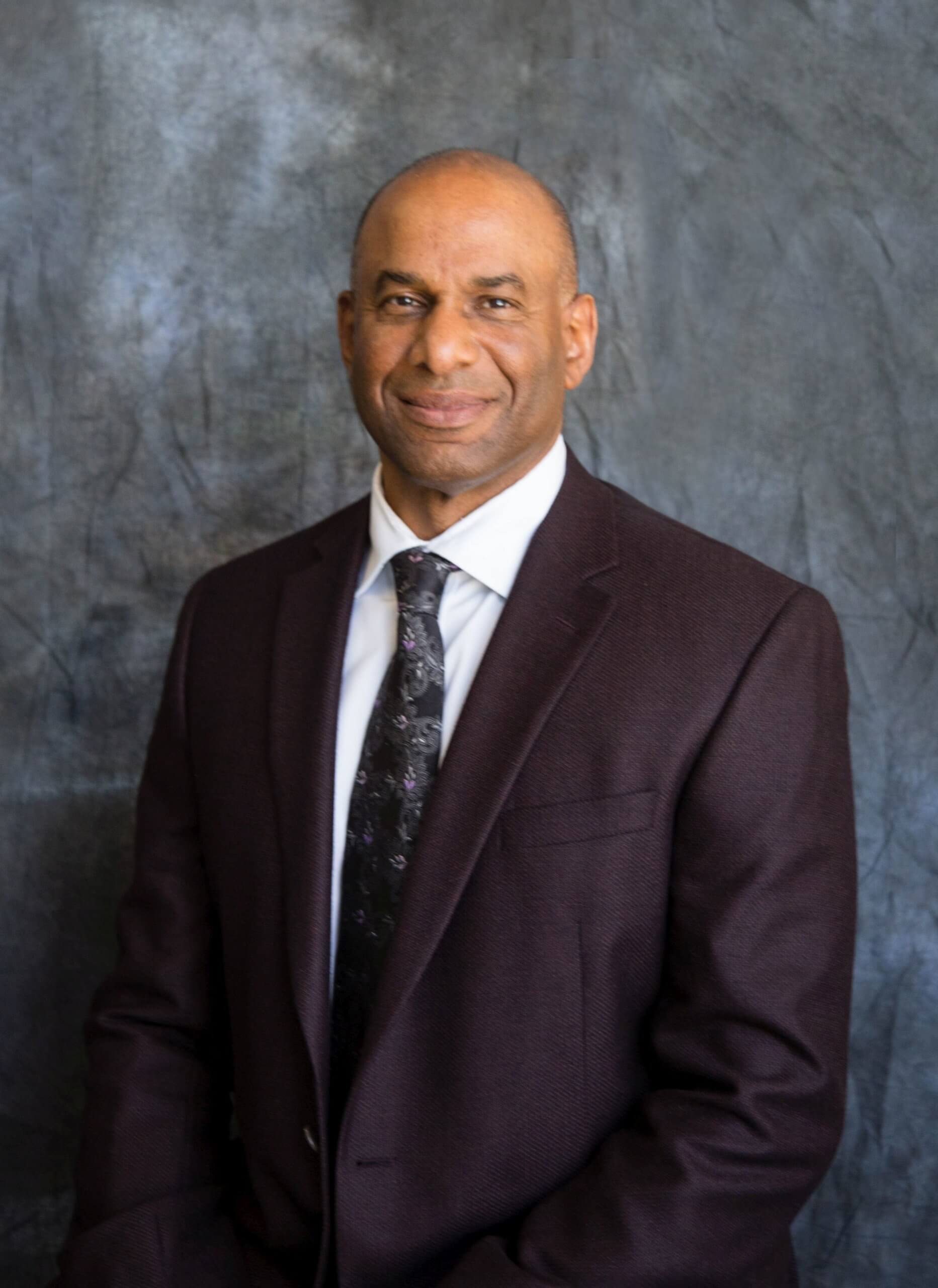 Errol joined the Town & Country Mutual Board in 2013. During his time with T & C he served on the Executive Committee, including as Chair of the Board from 2019 until 2021. He is currently Chair of the HR Committee and in 2022 joined the Board of Farm Mutual Re.

Errol was born in Derby, England and emigrated to Canada with his family in 1967. He is a graduate of Fanshawe College’s Environmental Technology program and worked in various capacities including as a Senior Environmental Officer with the Ministry of the Environment. He also was the President of Jedd Enterprises Ltd., a property management company.

He is a black belt in karate and is a martial arts therapist with Kids Kicking Cancer’s Heroes Circle program. He is enjoying his retirement in Grand Bend with his wife and has two grown children. 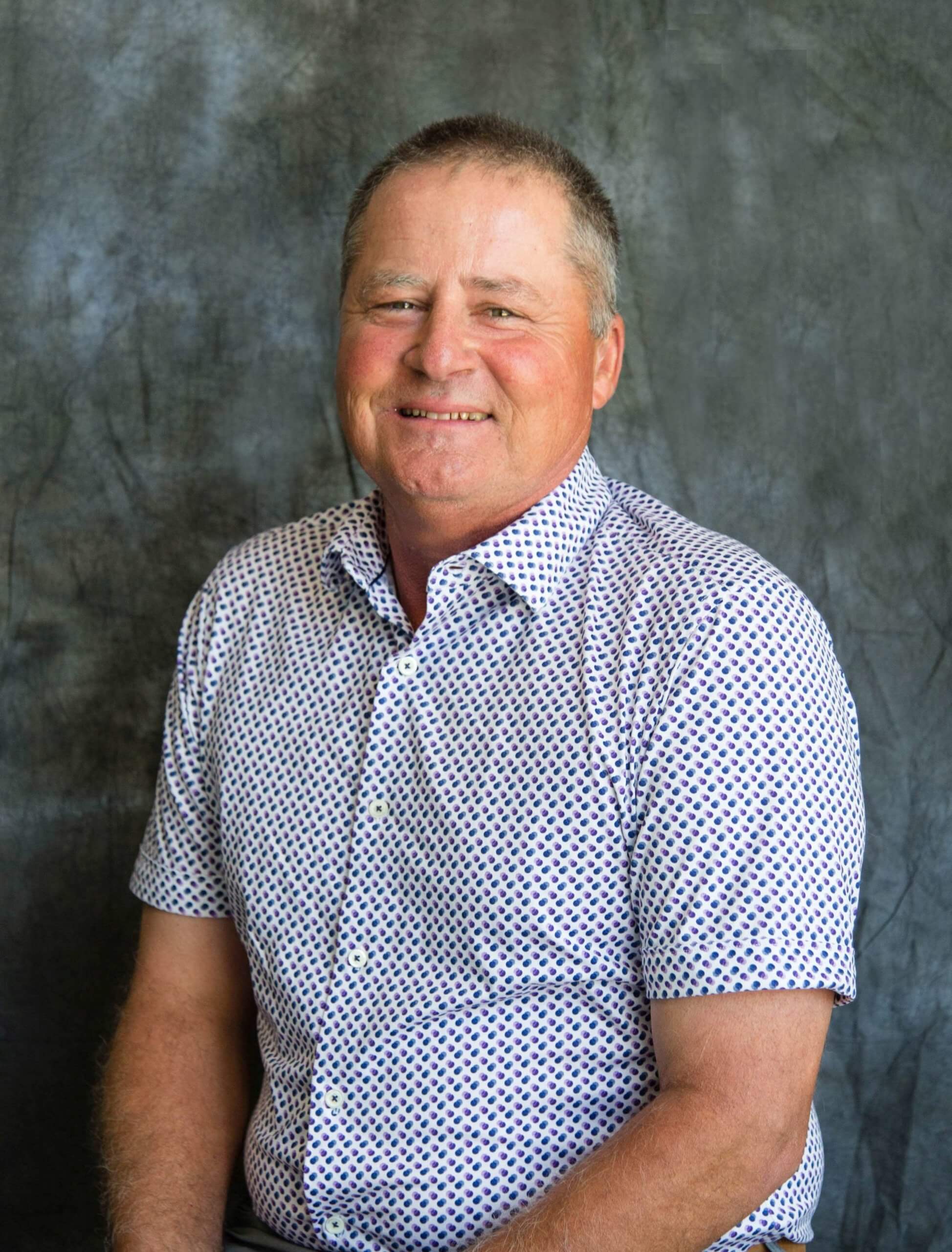 John was elected as a Director of Hay Mutual Insurance in 1999. He was born and raised on the family farm at Kippen, Ontario where after graduating high school, John received a College Diploma for Agriculture Business Management.

He is a second-generation cash crop farmer currently working to transition the farm to his son – third generation. He has also worked as a Co-Op Manager Trainee, and Field Crop Inspection for Agriculture Canada, brining great experience to our Board.

John enjoys golf, hockey, wood working, and spending quality time with family and friends. He is instrumental in community support and helps with many events in the community.

John is proud to be involved with a local forward-thinking company. Axiom has a bright future ahead as the two like-minded legacy companies have and will open up many new and diverse opportunities in the insurance industry, keeping their members and local communities a top priority. 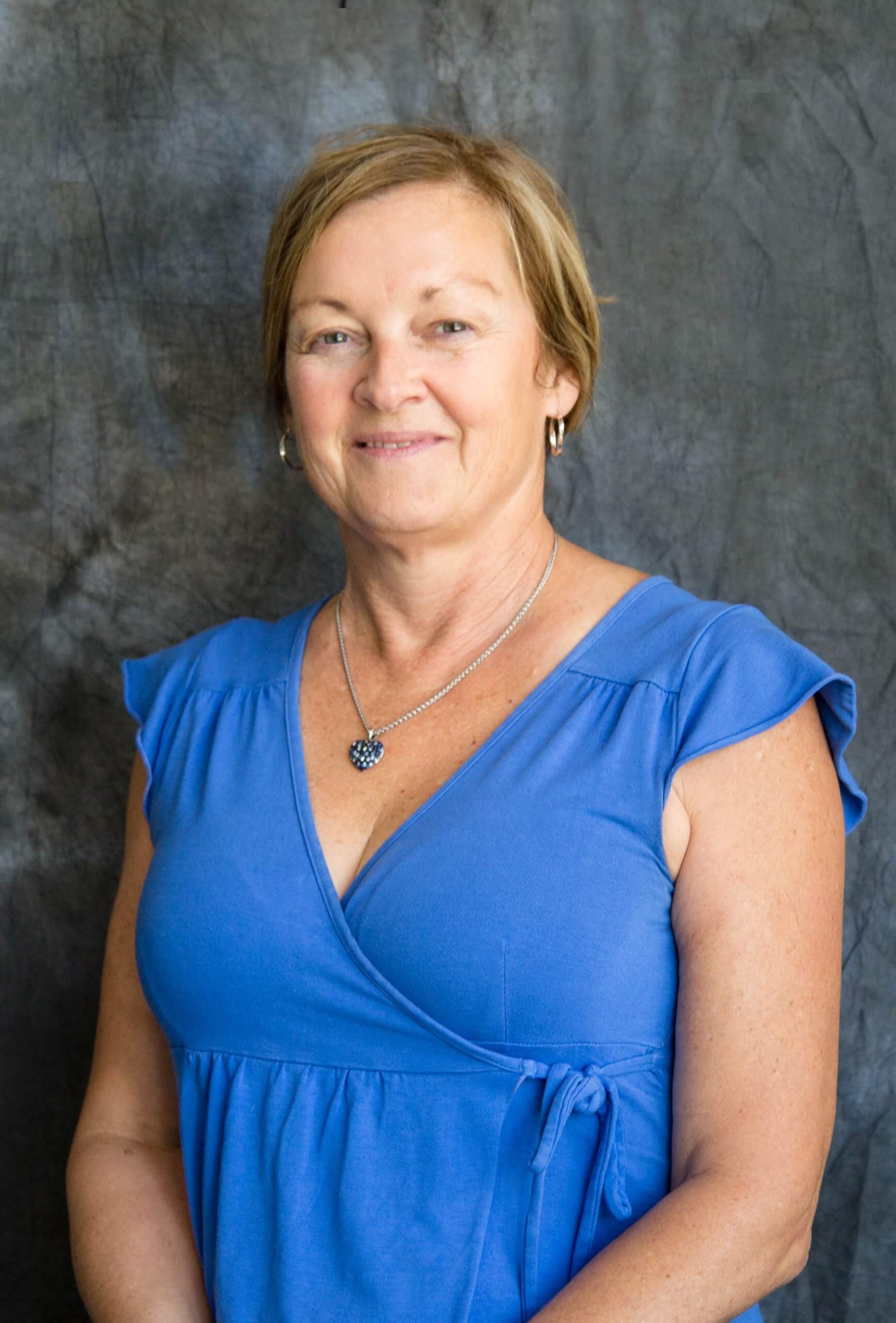 Laurie was originally elected to the former Town and Country Mutual Insurance Company Board of Directors in March of 2018 where she served as recording secretary, on the Investment & Audit Committee as well as the Amalgamation Committee.

Laurie completed her undergraduate degree at the University of Toronto, with her MEd at Western University. She began her teaching career as a French teacher, ultimately leaving the classroom in favour of home-schooling her three children.

She is presently a small business Managing Director. She has served on the board of the Forest City Diving Club, was an official with Swim Ontario, and is currently the VP of the Ilderton Curling Club. An avid curler and tennis player, Laurie is a Captain in the London Ladies Tennis League. 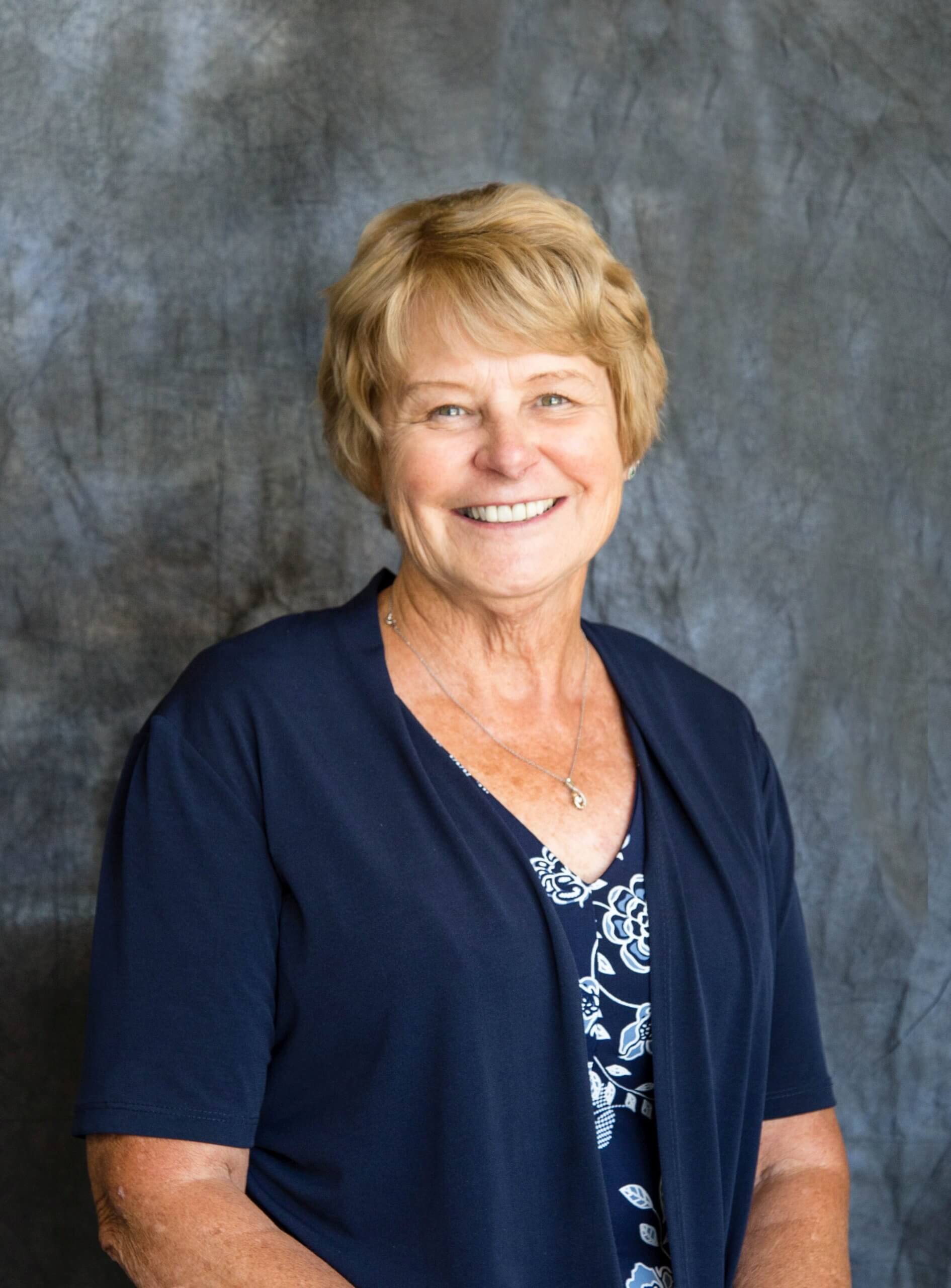 Marlene originally joined the Hay Mutual Board of Directors in 2010. Prior, Marlene attained her Bachelor of Arts with a major in Sociology from the University of Western Ontario, and holds both the CHRP and CHRL designations through the Human Resource Professionals Association (HRPA).

Raised on a farm north of Goderich, Marlene worked in the grain elevator business combining her passion for agriculture with Human Resource Management. Marlene continues to assist on their cash crop farm outside of Hensall.

Marlene is currently a Director with the Hensall Co-op Board, with former board experience with the Bluewater Family Health Team and One Care. She also participates in many community activities which has included fundraising, delivering meals on wheels and volunteering with IPM 1999 and 2017.

Building upon the strong foundations of both of the legacy Companies, Axiom Mutual Insurance Company will continue to provide our Members with peace of mind regarding their insurance needs in this ever-challenging world. 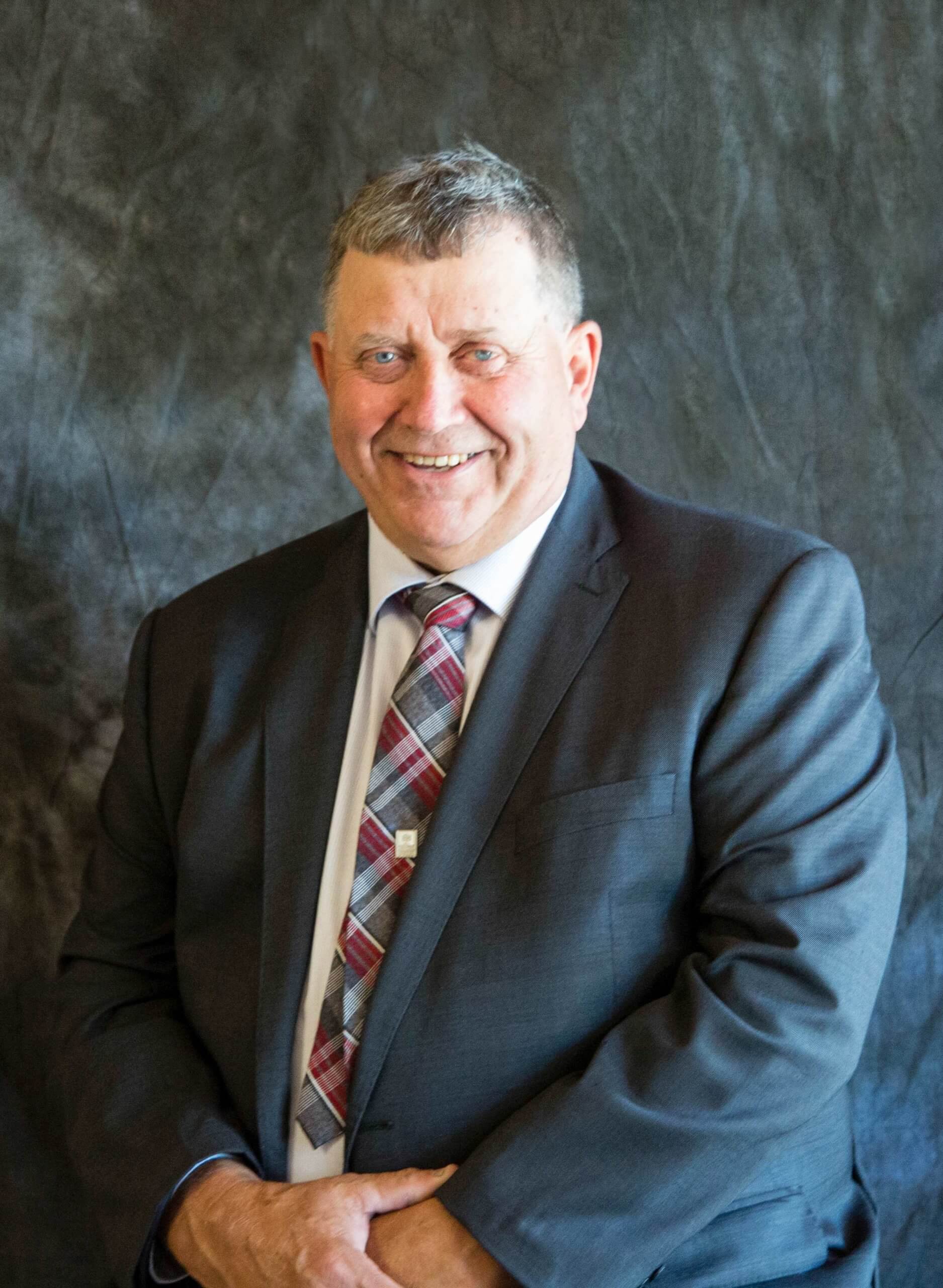 Robert originally joined the Board of Directors in 1998, and has been a life-long member of Hay Mutual Insurance.

Born and raised in the Crediton area, Robert is presently mentoring the fourth generation of his family to continue operation of the family farm.

Robert served his community as a volunteer firefighter from 1978 and since 2002, is now employed as a Fire Prevention Inspector in a large urban centre.

With the amalgamation of both successful legacy companies, Robert is proud to belong to the Axiom Mutual Insurance Board of Directors, guiding us towards a bright future of continued success. 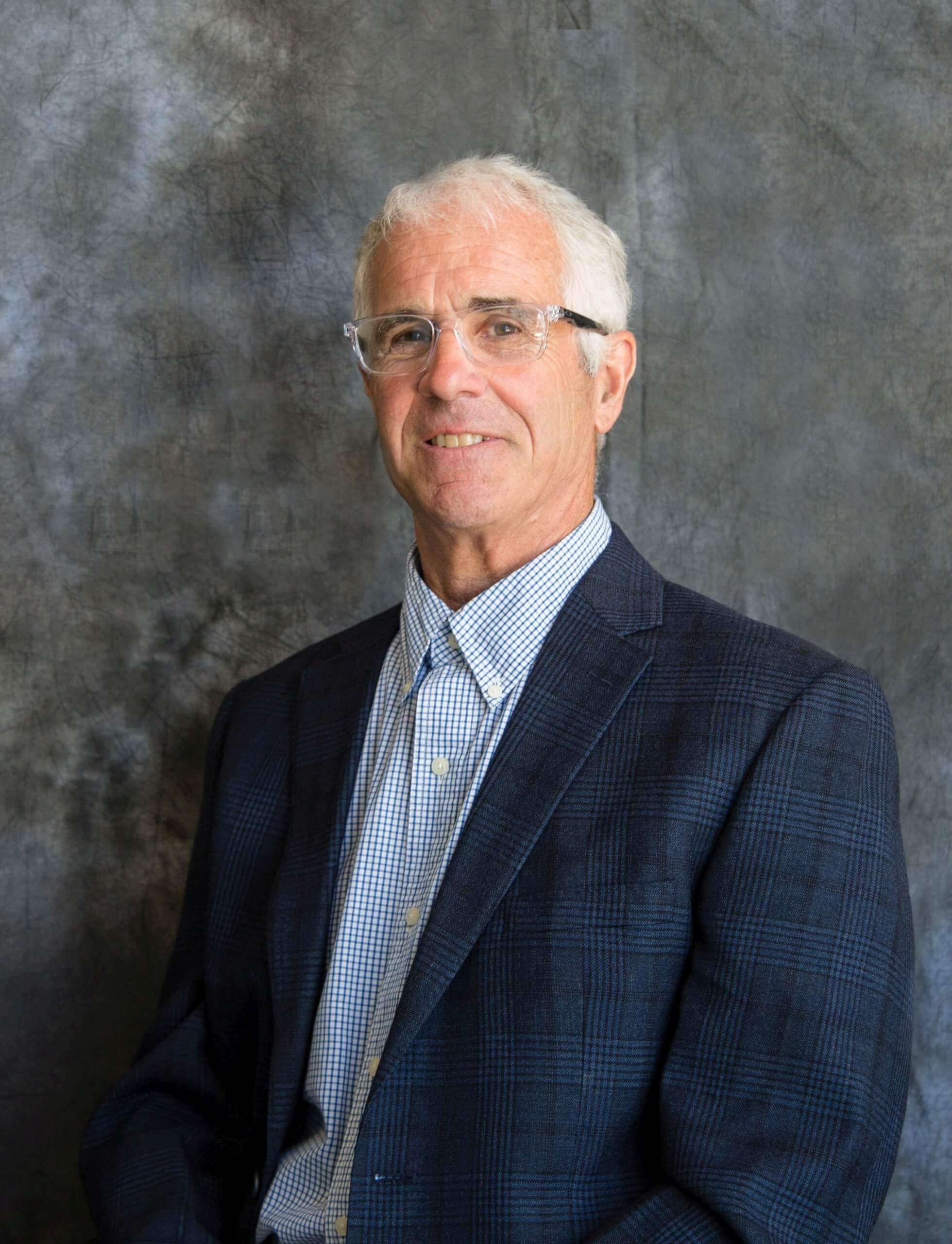 Bill is a CHSS grad who is a full-time cash crop & swine farmer and was elected to the Board of Directors in February of 1999.

He has been involved in various Agricultural Organizations along with the Canadian Power Squadron. Bill is involved as a Trustee and has been on various committees at the United Church in Clinton. He was also a past director and president of the Hensall District Co-op.

His interests include boating, snowmobiling, and most sports. Bill finds that, as a long-time director of the legacy Hay Mutual Insurance, it is extremely gratifying to be involved in an organization that benefits its members and the community as a whole.

As a director of the newly formed Axiom Mutual, it’s exciting to see the enthusiasm of the all those involved in its creation. The combination of two strong legacy companies will provide even greater member and community support.

He looks forward to facing the future challenges and opportunities of the Board and is confident these benefits will continue. 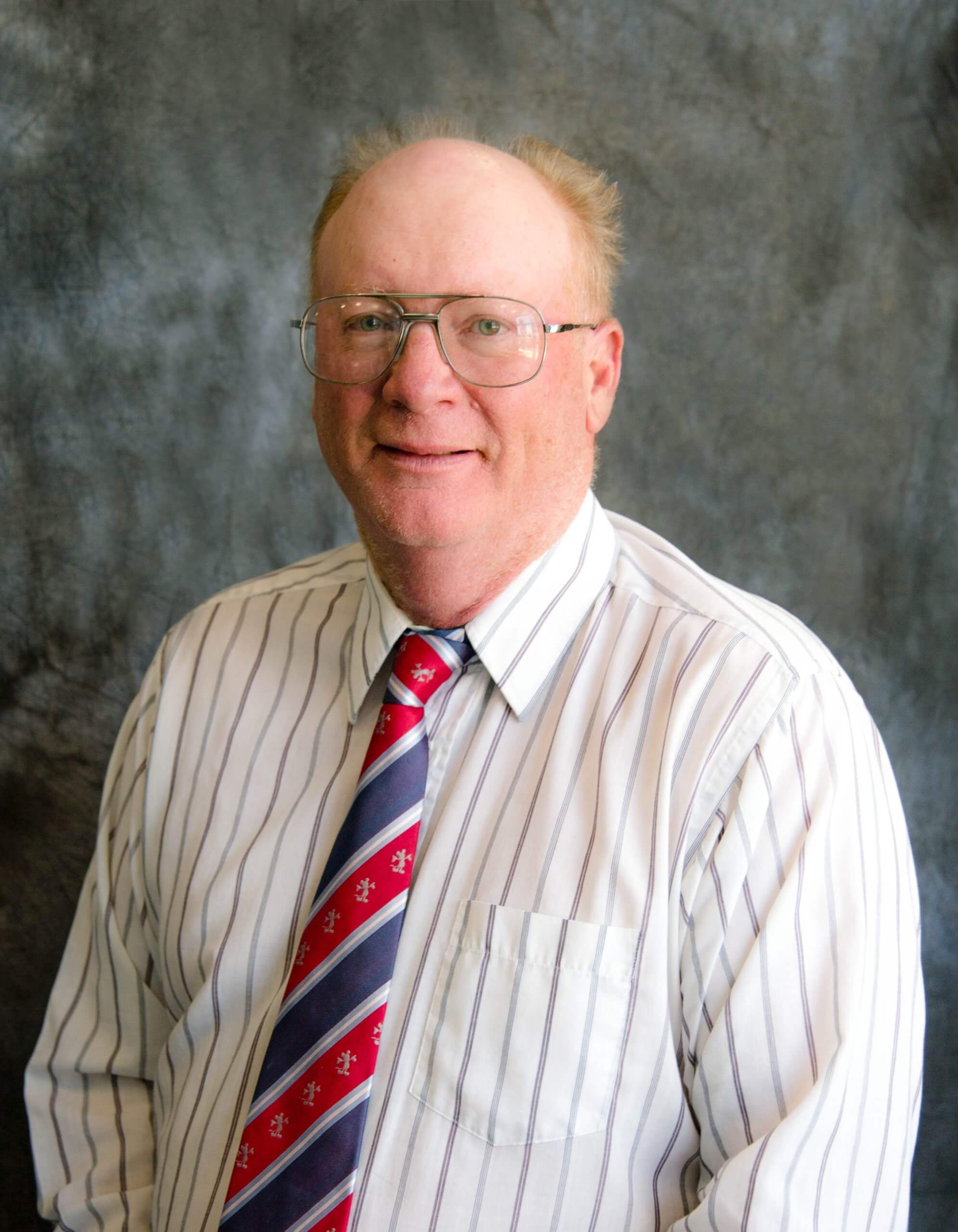 Dave Bolton started as a director at Town & Country Mutual and is currently a board member with Axiom Mutual.

Dave is heavily involved in the farming community of Middlesex County. Most of his time is spent actively growing grains and oilseeds on his 800+ acre farm, including some custom work on the side. Dave has also been involved with the Middlesex Federation of Agriculture for many years serving as a board member, including as past board president.

In his spare time, Dave also volunteers his services to the local fire department in Kerwood since 1986, and is a member of the Kerwood Optimist Club since 1987.

Like his fellow board members, he is excited and optimistic about the future of Axiom mutual, and how the roots of each legacy company intertwine to create a foundation for the communities we serve.

Or connect with your agent or broker

Or connect with your agent or broker